I now feel a little bagged out and feel the need to have another go at making a top. I buy some more of the blue & white cotton fabric from Merchant & mills. I’m still using Portia’s patternless top formula, but I’m altering it a little. Instead of having a split in the neck at the back, I’m going to try it without. And I’m making the back a little longer than the front. I’ve also read the instructions a bit better this time and see that for the facing on the neckline I need to do something called under stitch. O.M.G. What the hell does that mean? So I googled it and found some tutorials I picked this one from sewaholic, it took some reading and re-reading, and still it took me a while to work out quite what was going on, but I got there in the end (I think I blanked it out the first time. Otherwise I would have been so freaked out by it I would never have made the first top!). Quite happy with the end result. The neckline on this top has a much better finish than the first (obviously, having done it properly). I’ve also finished the hems better too. 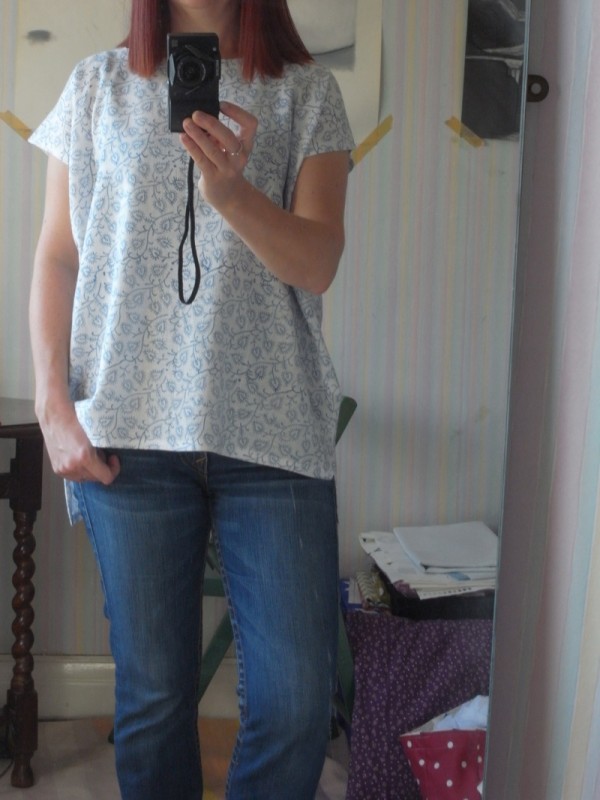 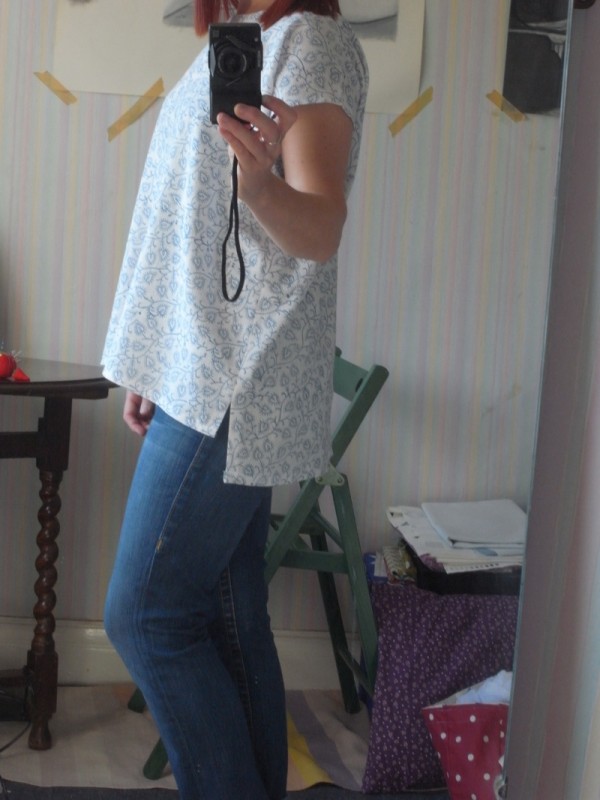 Then I made this black linen top. There will be no modelling pics as I’m not terribly happy with it. And while the linen is a lovely lovely fabric (bought from Merchant & Mills) it creases like paper within minutes of putting it on. Actually it creases while putting it on! 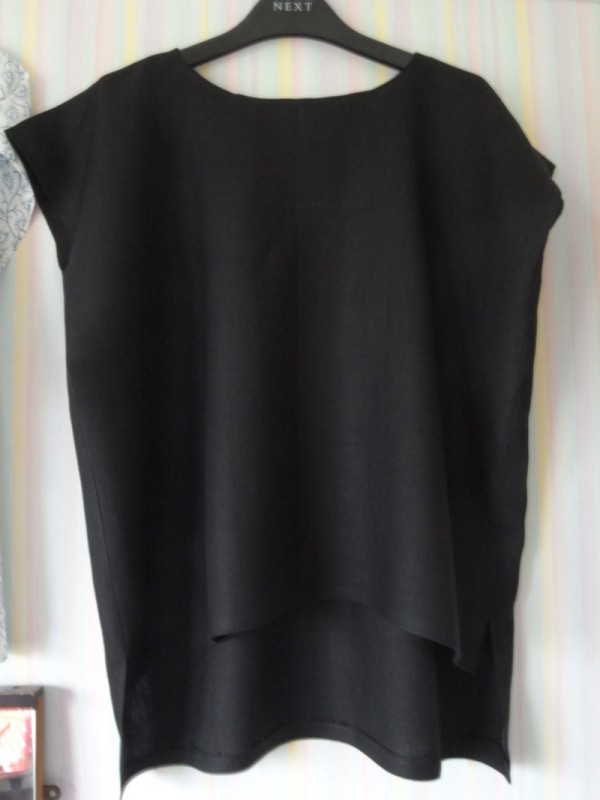 I had some of the blue & white cotton fabric left, but not quite enough to use the patternless top formula. So I used the basics of the patternless top idea, Its still a rectangle shape but this time I’ve had to use two separate pieces of fabric, and I’m trying a boat neck too. I think it worked quite well, not perfect but its a wearable top. 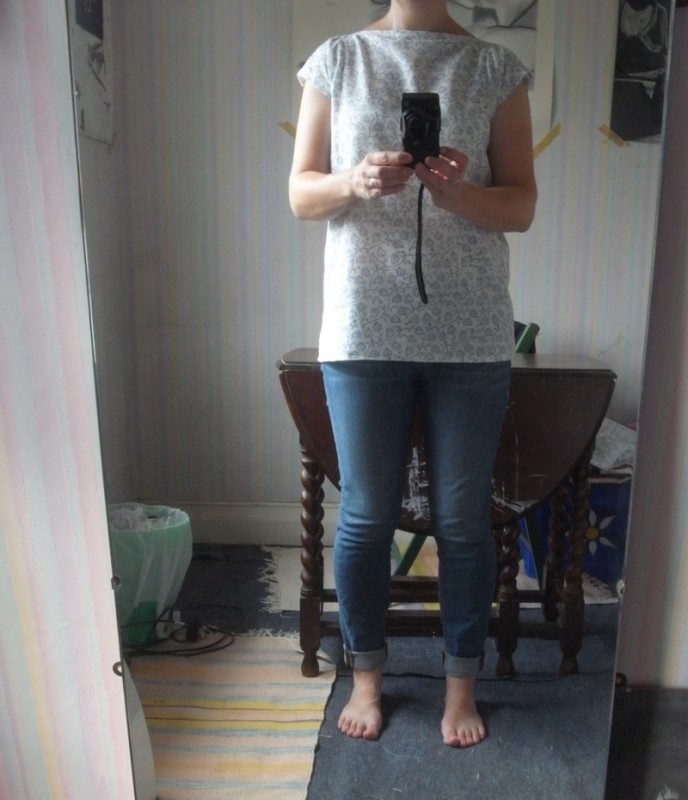 And then came this black & white top, fabric again from Merchant & Mills.  Similar to the blue & white one but again a little different. Now whilst I don’t like being too adventurous I seem to not like doing the exact same thing twice either, so i alter things ever so slightly each time. 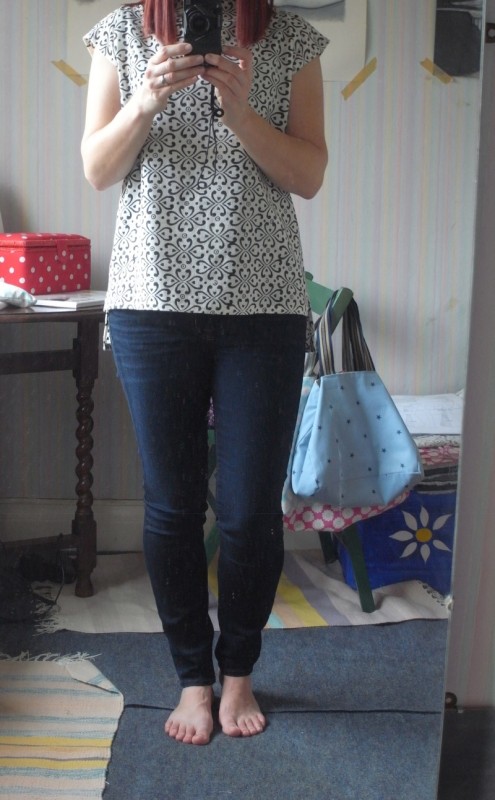 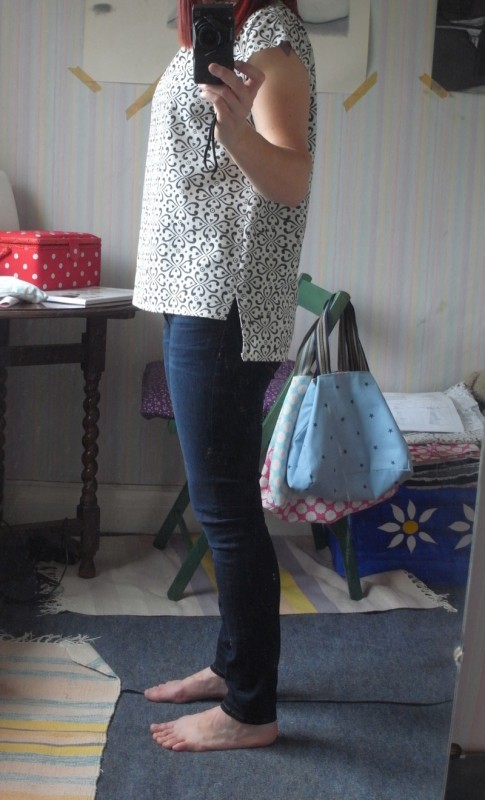