And cut off the excess 2cm from the bottom half of my Merchant & Mills Strand coat. Don’t know why I resisted, well I do really, I was scared I would completely ruin it, but I haven’t. I’m very happy with it now and wore it out today. I’m now thinking I might get some hook and eye fastenings so I can do it up too. 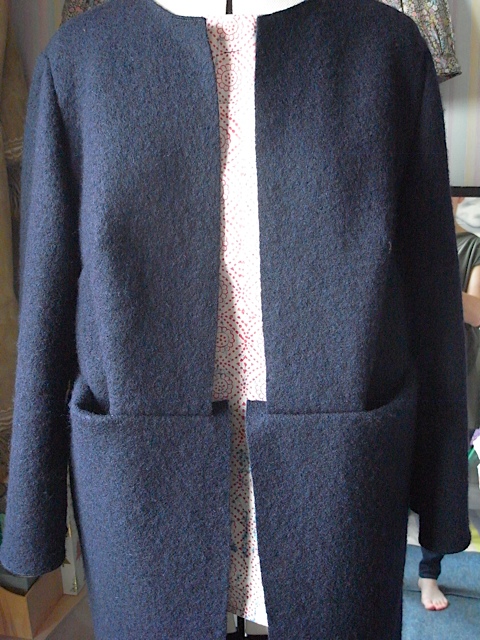 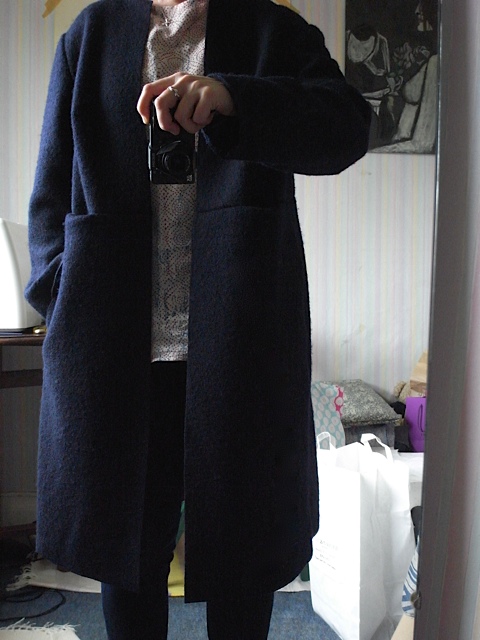 Much much happier now. 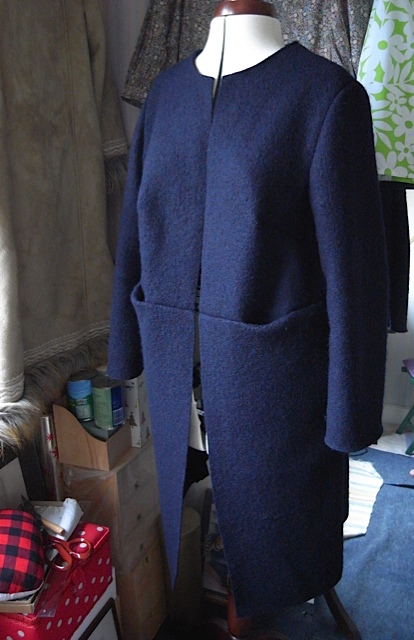 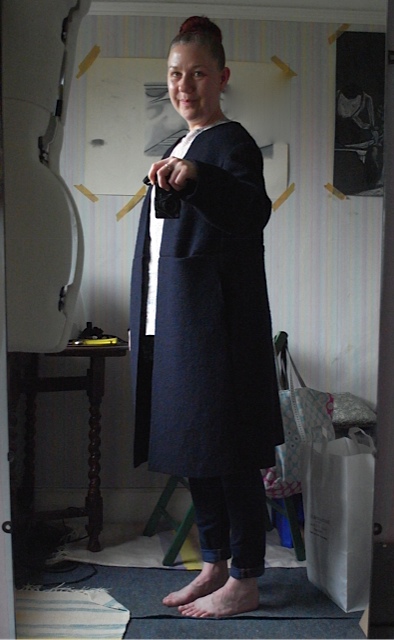 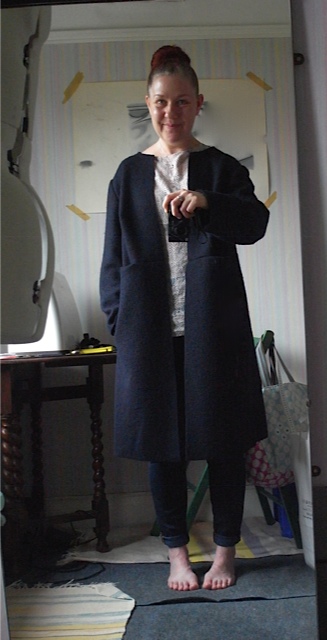 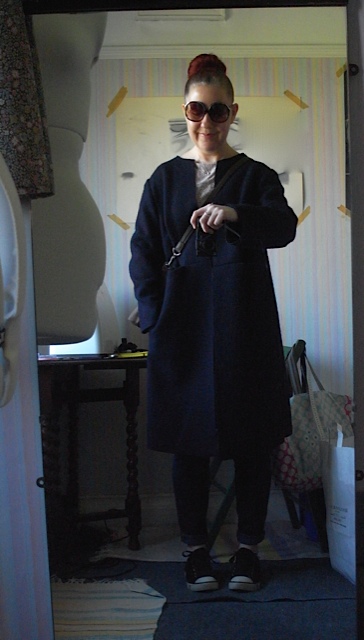 I had been thinking I would have to scrap this one and make another. I had just about resigned myself to doing just that and was thinking about which fabric I would like to use this time. So I had a little look at the Merchant and Mills site and found they have sold out of the Strand coat pattern, I was also thinking I would have to buy another pattern as I had altered the one I have. So when I saw they had sold out of the pattern I had another look at my coat this morning. 10 minutes later the deed was done. Should have done it weeks ago instead of trying to convince myself it was ok as it was. Doh!

I have to confess something, something I’ve sort of been in denial about. I made a bit of a sewing mistake when I made my coat, yes I did. I touched upon it in the post about the making of the coat but I sort of brushed over it. its the 2cm I cut off the bodice. That was really and truly a mistake, although I did it intentionally, I now know I really really shouldn’t have. I thought it was the right thing to do, right up until I was attaching the bodice to the skirt piece. Thats when I realised that the bottom half was wider than the top.

Now, I can live with it, and I even quite like it. So what is the problem you might ask? Well I’m admitting to myself that its not supposed to be like that and that I MADE A MISTAKE! I don’t think I will ever wear it to visit Merchant & Mills, or to a “Strand” coat convention as they might laugh at me for making such a mistake, but elsewhere I think I can get away with it. I feel it lends a certain design element to the coat and I’m certainly never going to see anyone else wearing the same coat.

I wore it out Saturday evening and nobody laughed at me (that I could see) so I think I’ve gotten away with it. Yes it might be better if I hadn’t cut off the 2cm, it would mean that the edges of the front bodice would meet in the middle but thats all. I’m still debating about whether to cut off 2cm of the skirt part, I probably won’t but its always an option.

Anyway there you have it, I’ve got it off my chest and thats all I wanted to do. There will now follow some pictures of me wearing it to justify to myself that it does in fact look OK… 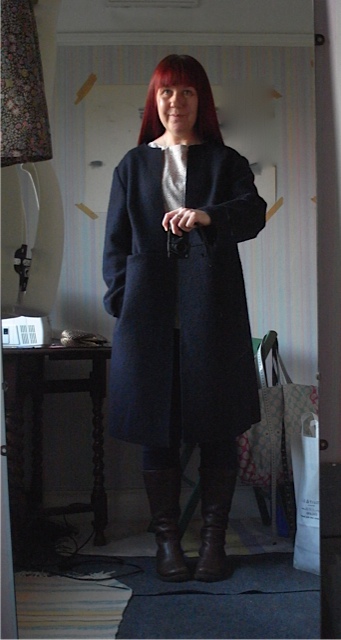 It just looks so right with hands in pockets.