Well Christmas is upon us, but I just want to share what I’ve made in the last few weeks. Haven’t been terribly prolific as the usual Christmassy stuff gets in the way, but since I started sewing two and a half years ago I don’t think i’ve made anything in December before. So this has been quite productive for me.

This will just be a quick post to show what I’ve made and hopefully later I’ll get round to blogging the makes properly.

First up, a cushion for my Dad’s Birthday. 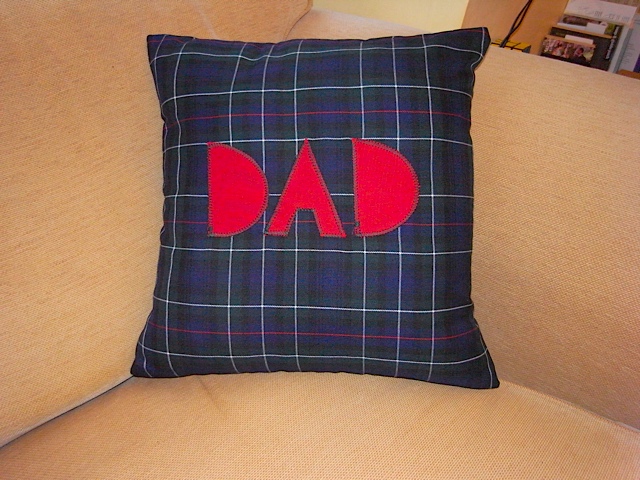 First time I’ve done appliqué, quite pleased with it but now know I’d do a couple of things differently. Dad liked it.

Next up is a Trapeze top, in the same fabric as the cushion. I thought it was quite appropriate for Christmas and the winter season. 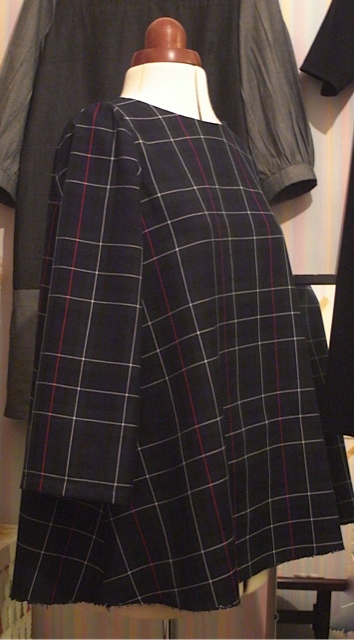 So thats it for now.

I bid you all a very Merry Christmas and a Happy Healthy New Year :0)

But its exactly what I wanted and I love it. I used the Trapeze pattern (again), shortened the sleeves a little, but otherwise its the same as the others.  And instead of doing a proper hem on the bottom I just zigzagged the edge. It was going to be a real pain in the arse to do a proper hem with the fabric I was using, which was a beautiful black crepe from fabric godmother.co.uk. 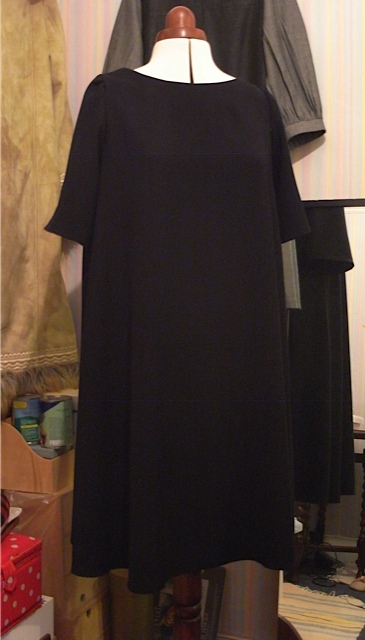 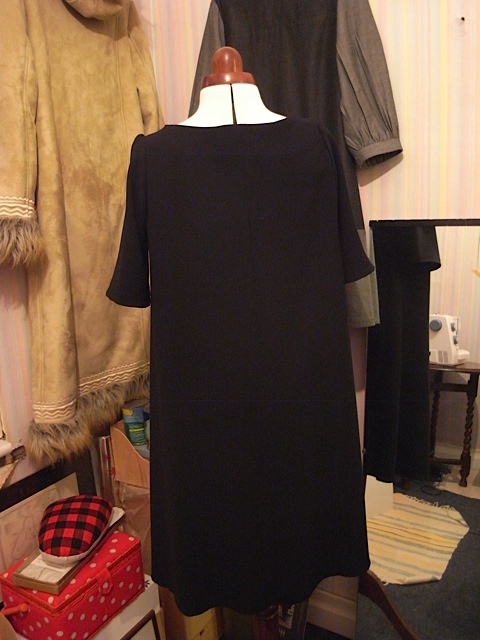 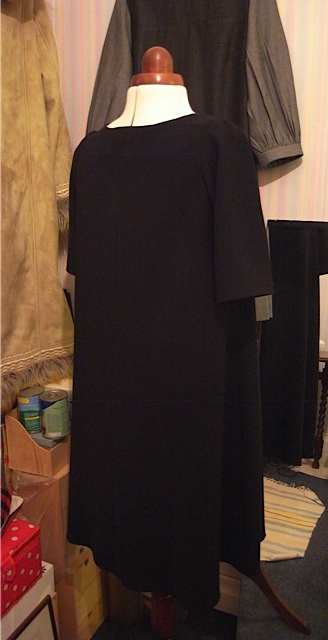 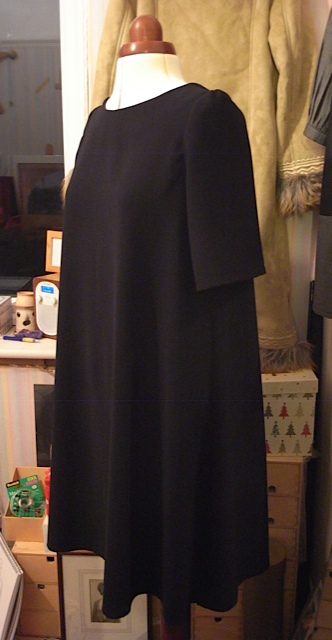 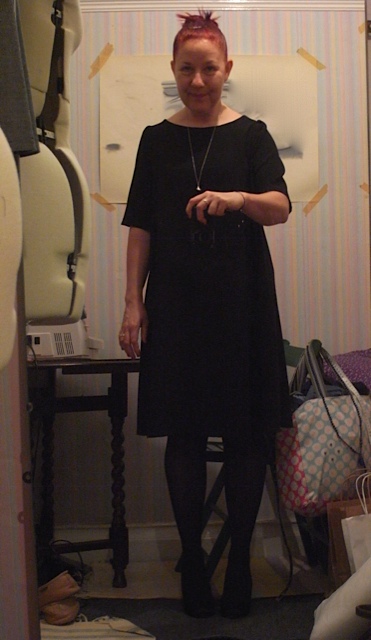 Could possibly get away with being shorter, but maybe next year I’ll shorten it.

The fabric turned out to be really nice to sew with, I was pleasantly surprised. My main problem with it is that the facing at the neckline shows through from the underneath. Not a major concern but bugs me a little. Otherwise a lovely stress free make.

The length was really bothering me. I finished this dress 2 weeks ago and blogged about it pretty much soon after (but hadn’t yet posted it). I mulled over it for a week and finally decided to cut off 1.5 inches. And now its fabulous, in my eyes anyway. Its probably still a little boring in some peoples eyes but its a great backdrop for a statement necklace.

I would like some more of this fabric and would like to try the sleeveless version. Maybe next year… 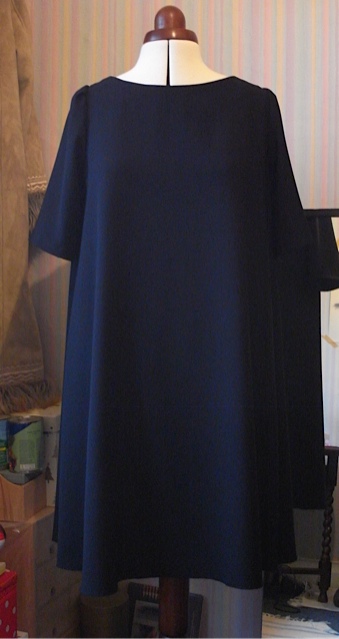 Love the way its hanging here. The fabric has a lovely weight to it which makes the dress hang beautifully. 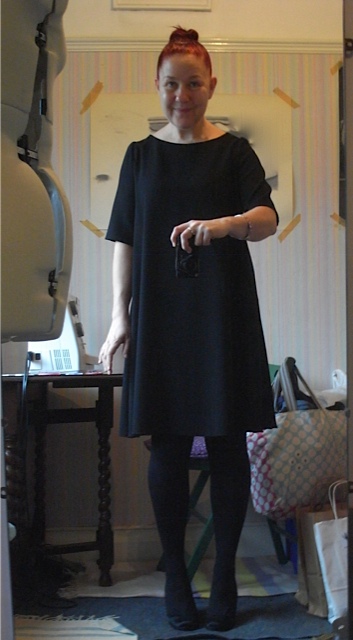 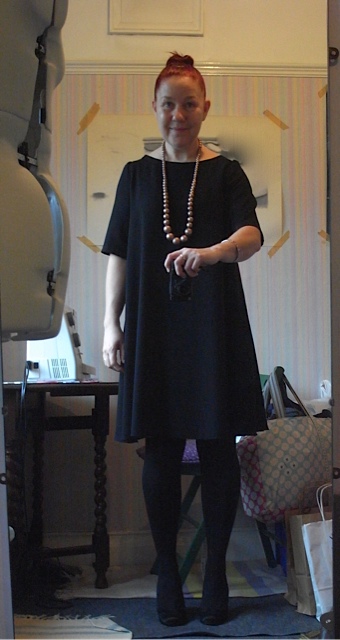 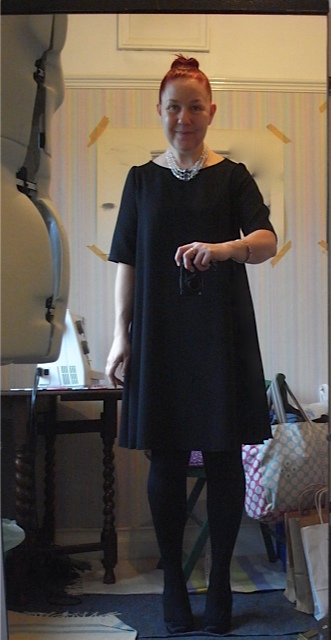 Haven’t yet decided which necklace to wear. Probably make that decision two minutes before going out the door!

I apologise once again for the quality of the pictures. Black is really hard to photograph well. Also I’m afraid most of the pics were taken in the evening and the ones that weren’t were taken on a really gloomy day. It really does look better in person.