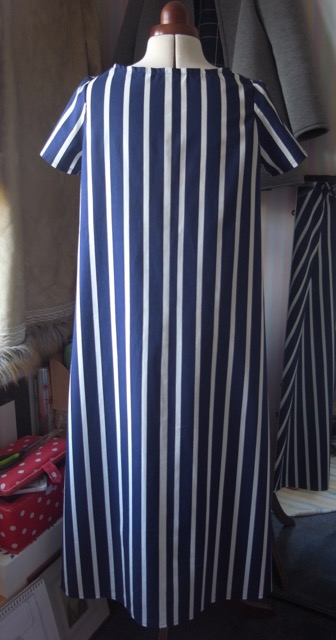 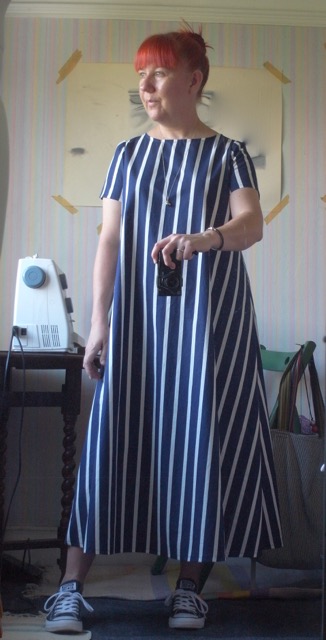 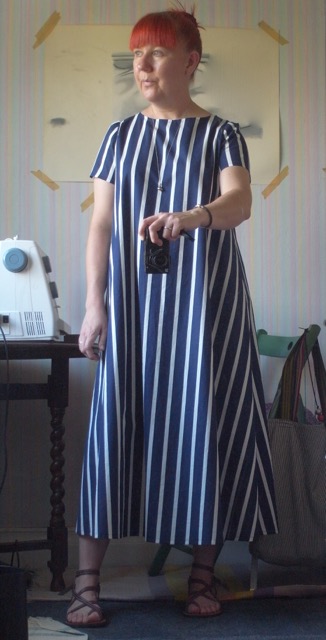 Well what can I say? I simply can not stop making Trapeze dresses! Here’s a maxi version in the softest of black jersey. I added 6inches to the original pattern length and I really like it.

It works well with different types of foot wear too.