Went to the wedding of my middle Niece Kim last month. I wore this.. 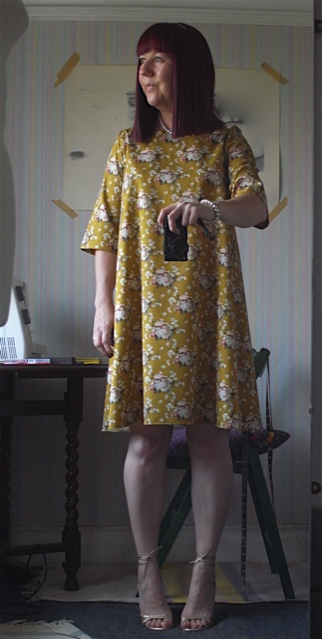 Which I wore to a wedding reception at the beginning of the year. Very happy to have worn it more than once, as its the most expensive fabric I’ve bought yet!

Here’s a pic of the lovely Bride and Groom and the Brides aunts my Sister and I, and our other halves. 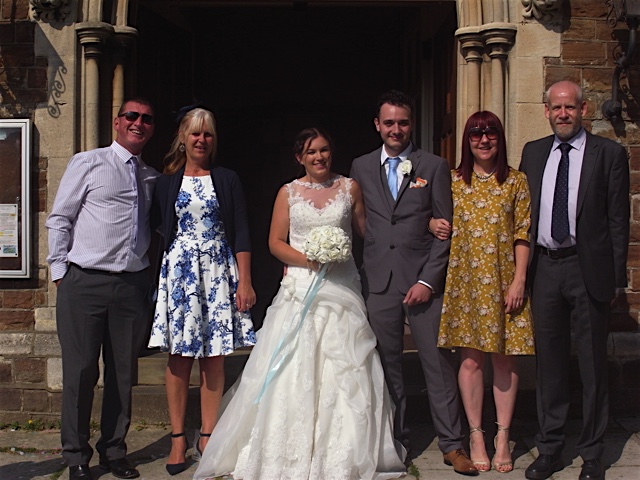 And the beautiful Bride and her Groom. Her dress was stunning, I especially loved the skirt. Was not made by me! 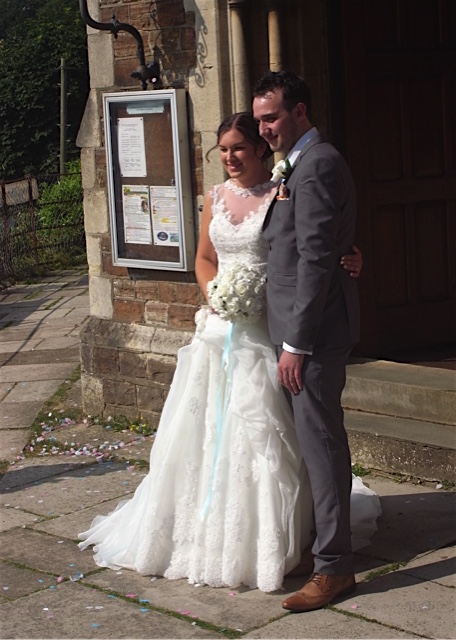 It was a fabulous wedding. Been so long since I’ve been to a family wedding and it was much fun. Looking forward to the next one now and wondering what I’ll make for that?

A striped bag or two…

I’ve been wanting to make a new bag for a few months now. I had an idea of how big I wanted it to be and how long I wanted the handles. However I was procrastinating over this idea for the longest time because I knew I was going to have to draft the pieces myself and I’ve been spoilt with using patterns now (you might recall if you’ve been reading my blog from the beginning that I used to draft all my makes myself) and even though I was still going to be using a very simple shape I was feeling too lazy to do all the measuring out that I used to do when making a bag. also the bags I used to make all had several layers and this was very time consuming. Plus I hadn’t really come across any fabric that I really wanted to make a bag out of recently. Until the striped denim from Merchant and Mills, that I’d made a top out of. I had a feeling it would work really well as a bag.

I cheated with the cutting out and took a bit of a gamble. I didn’t mark anything out at all. I just used my tape measure to guide me, and cut along it. I also folded the fabric so I’d only have to cut out a piece once. This seriously reduced the time it took. And for the most part the pieces were pretty even, so I was quite happy with that. I didn’t line this bag as the denim is fairly robust and sturdy and I also like how the fabric looks on the reverse.

I used some grosgrain strapping that I’d had in my stash for a while, also bought from Merchant and Mills. I like how the straps contrast nicely with the bag fabric.

I’m very happy with my lovely new bag and I was right, the fabric does work really as a bag. 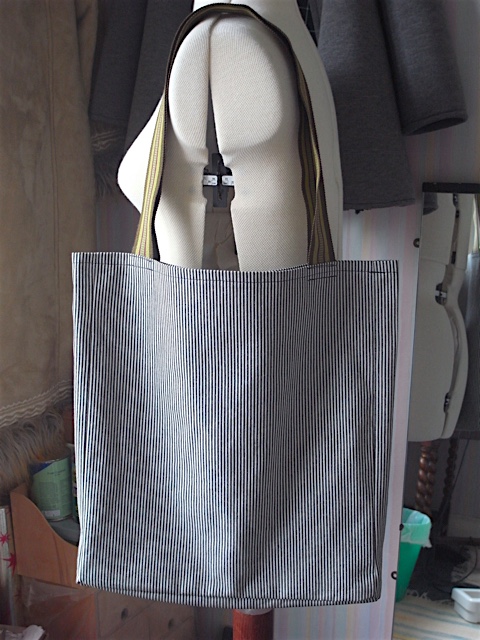 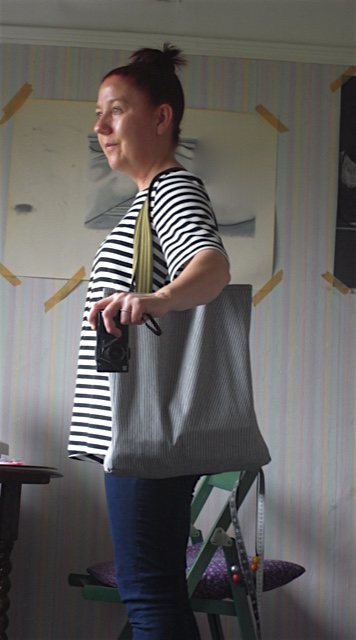 I think I’ve finally got the dimensions and strap length right for a very useful bag. Its comfortable on the shoulder and holds a lot of stuff.

Here I am wearing it with dress and necklace also made by me. Walked into town on one of the hottest days of the year so far, back in July, and I was very comfortable (within reason ) in dress and carrying bag. Not too heavy, even when full of shopping.

My Niece loved it too, and so I made her one. Hers is a little different and also a bit better made than mine. Although mine is not badly made, but it had been a while since I last made a bag. So making a second so soon after meant it was all fresh in my mind and therefore I feel I did a better job of it.  I also managed to get some of the selvedge to show, which I had tried to do with mine but it didn’t work. 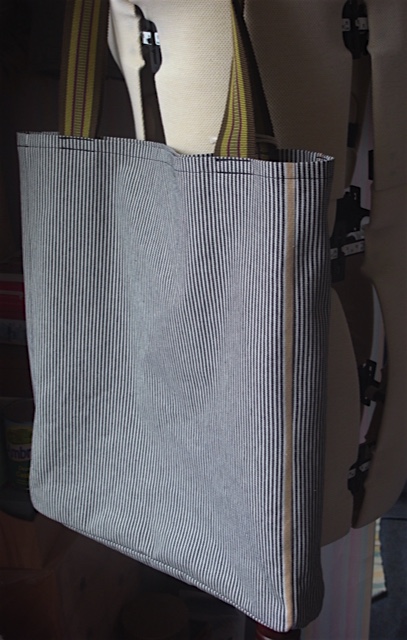 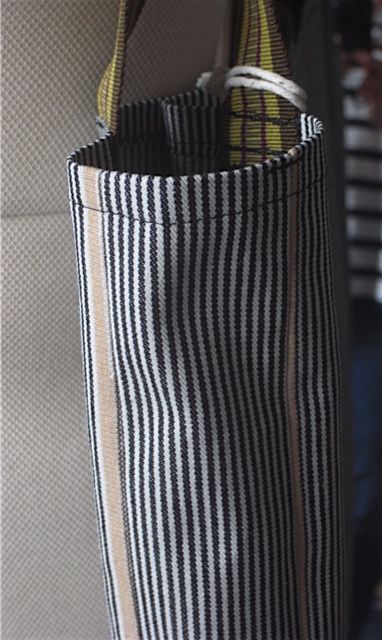 I added my label to hers too. I never think to add a label when its for me. 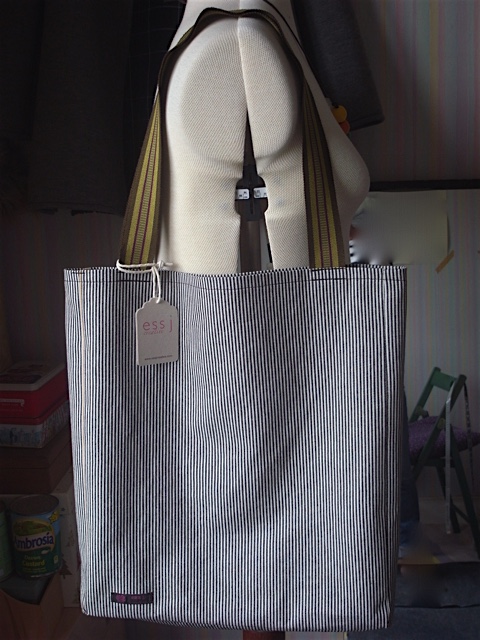 And here’s a modelling pic of my lovely Niece Zoe with her exclusive bag! 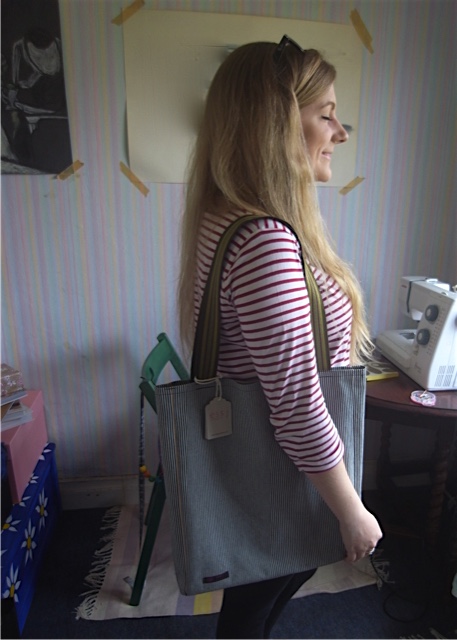 She’s very talented and has her own Etsy shop, Meemalz, where she sells miniature clay animals, and takes custom orders for your very own miniature pet. Follow the link and take a look.

Apron for my Mum…

So my Mums Birthday was coming up and I had not got a clue what to buy her. After giving it some thought I decided to make her a new apron, she loves her aprons and is always wearing one.

I quite enjoyed deciding on what fabric to get and finding the matching thread and strapping for the ties.  Took me ages to make a decision. I ended up with a gorgeous grey and cream spotty fabric, which works really well as an apron.

I find it a very satisfying thing to make actually. Took me about 4 hours, and this one is even neater than my first one. I’m quite proud of it I have to say. And my Mum was very happy with it too!

Below are the pieces, cut out and ready to put together. 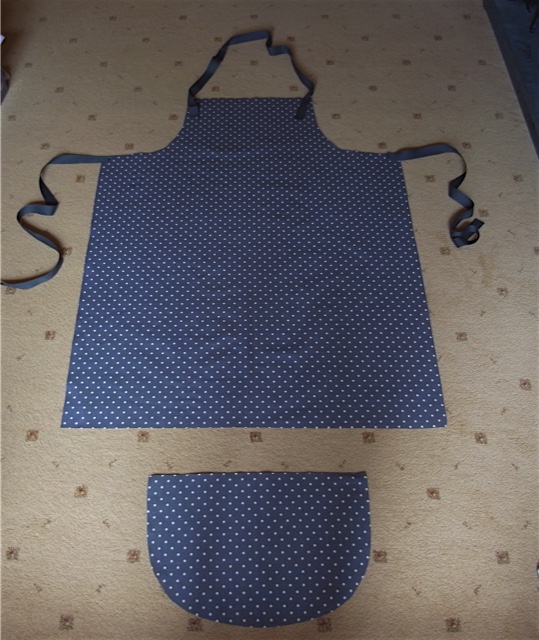 I zigzagged all the edges first, this fabric was quite good at fraying. 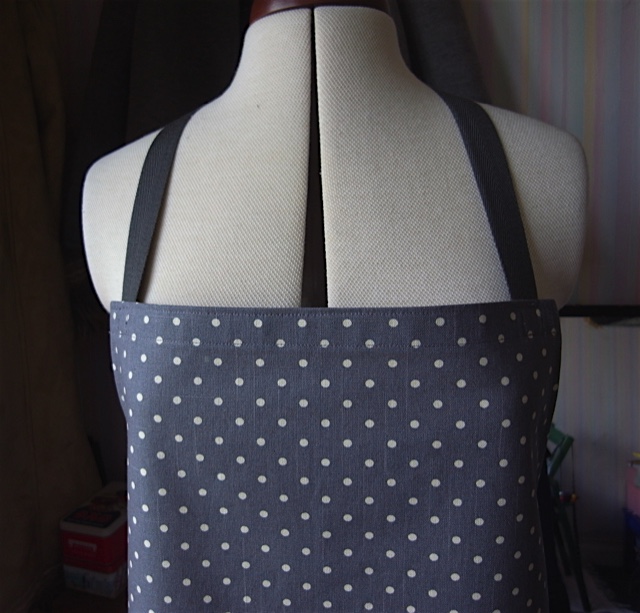 Very happy with the curves at the sides. 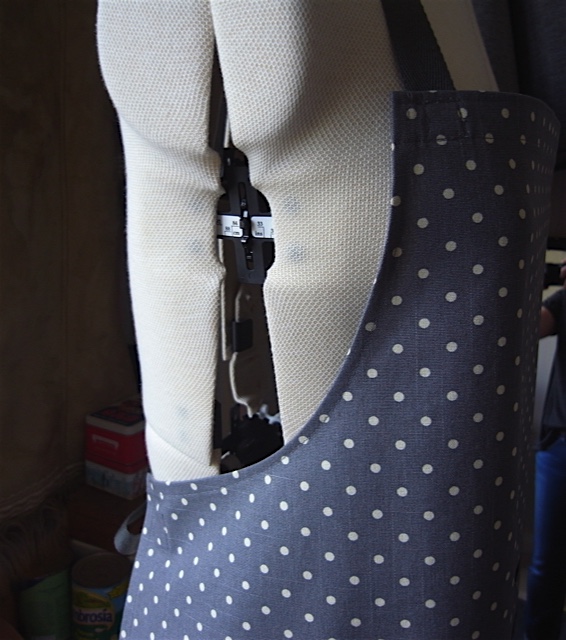 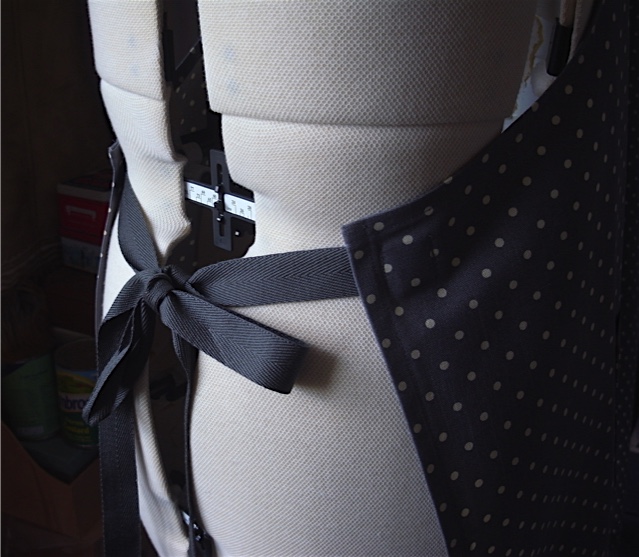 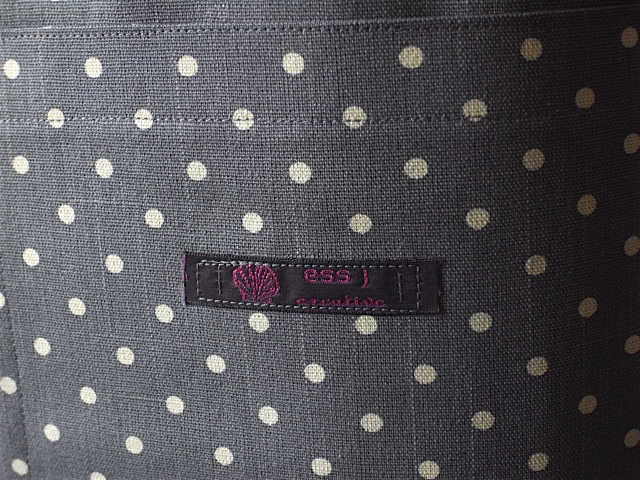 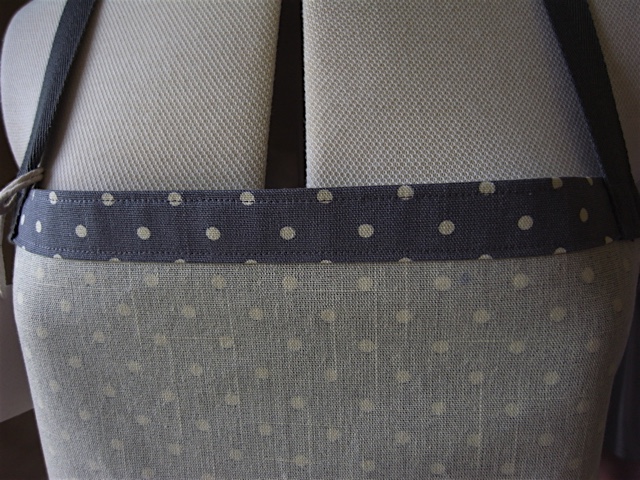 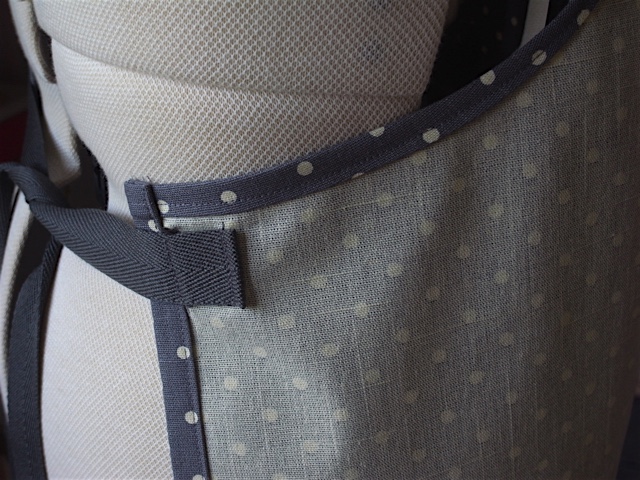 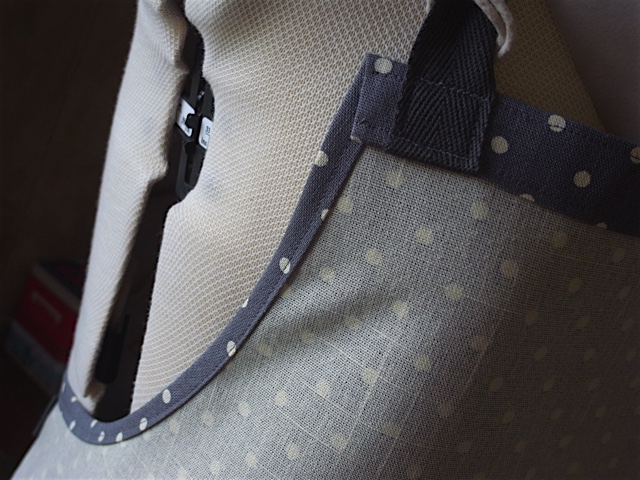 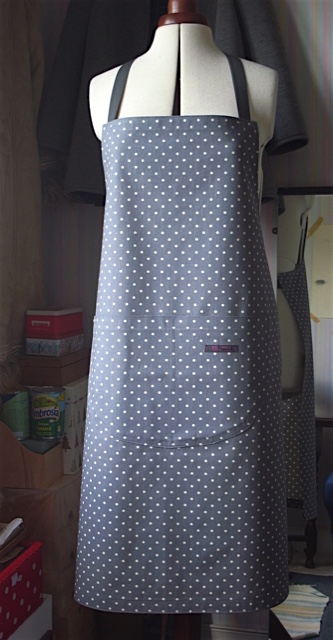 Cost me more to make it than it would to buy one, but I feel you can see the quality in the fabric and the finishing, even if I do say so myself! 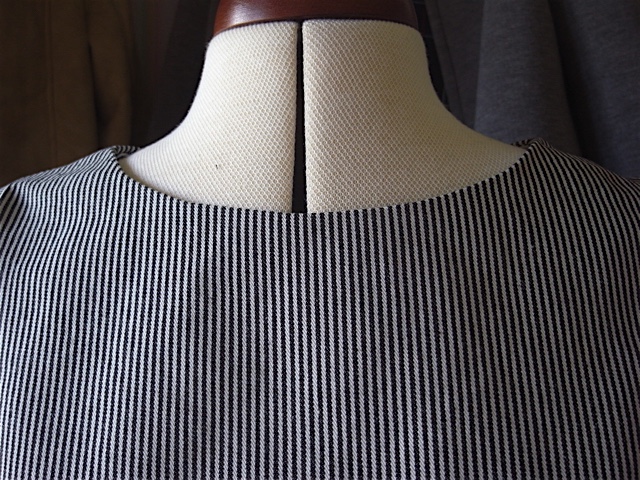 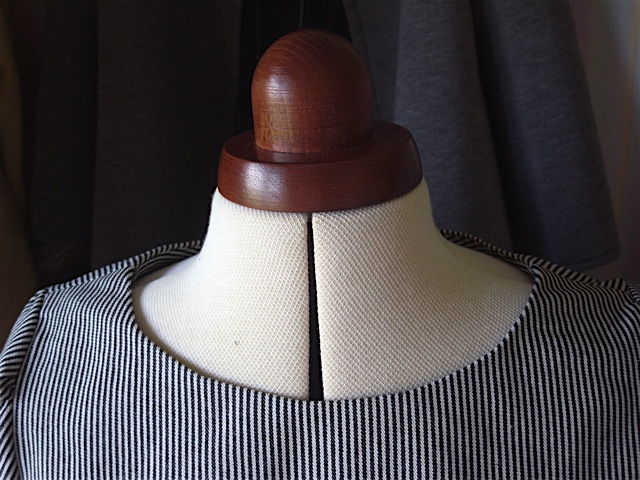 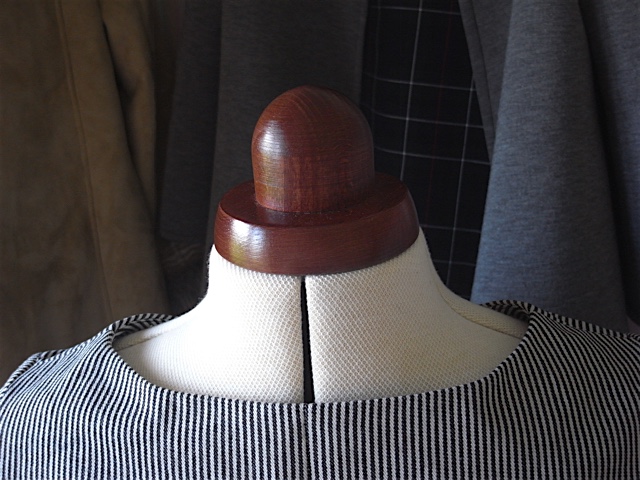 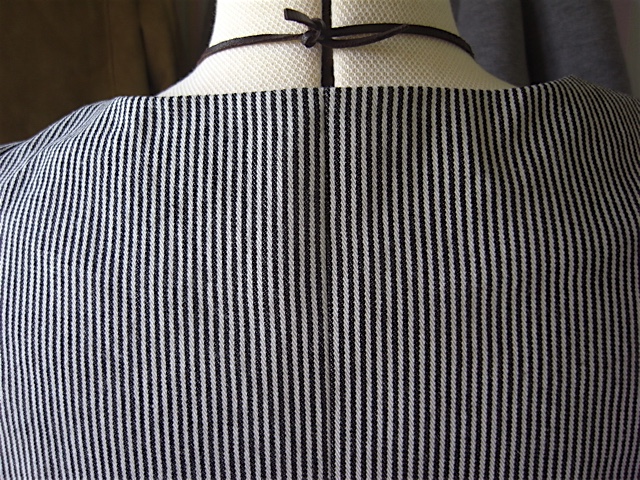 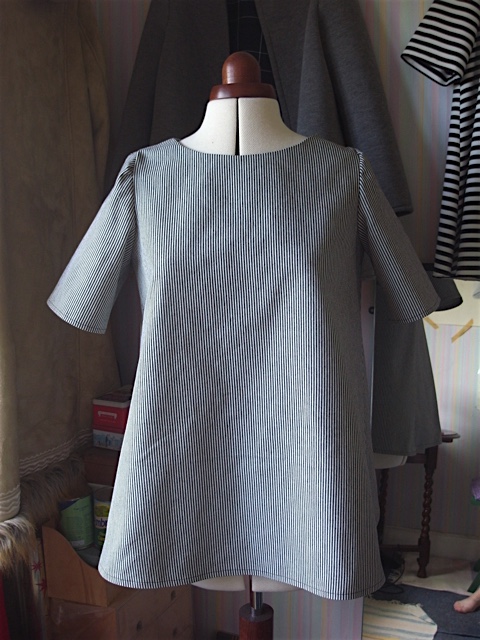 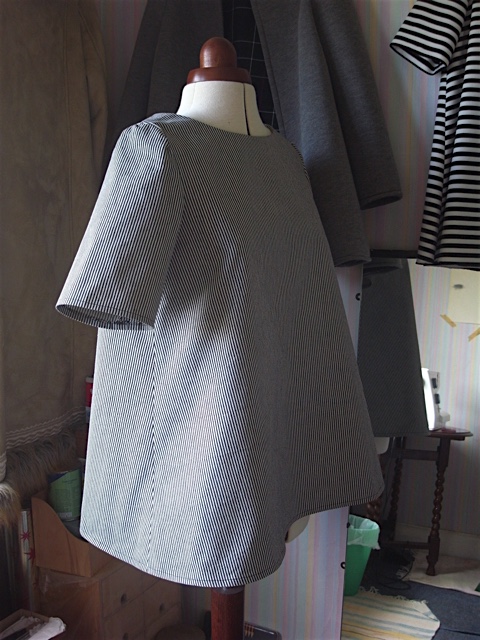 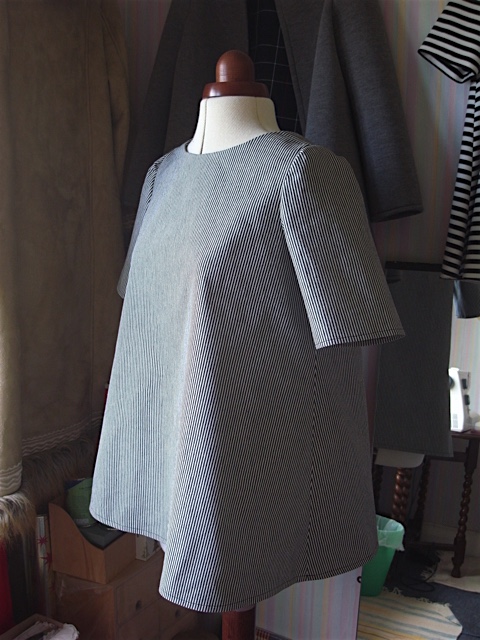 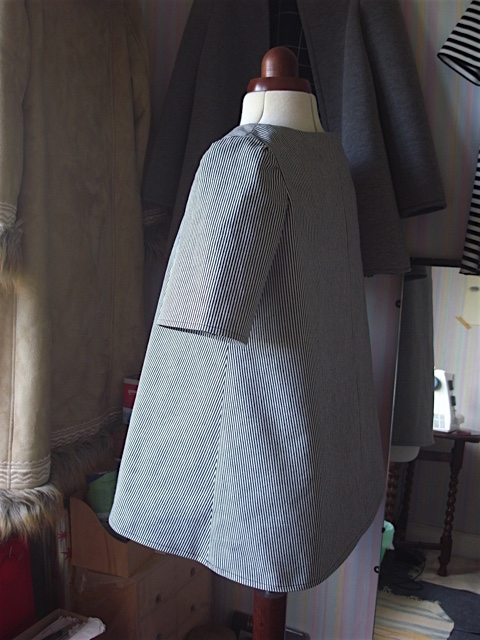 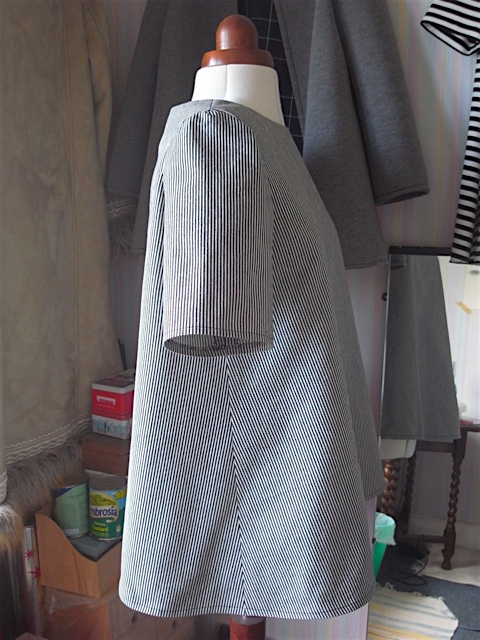 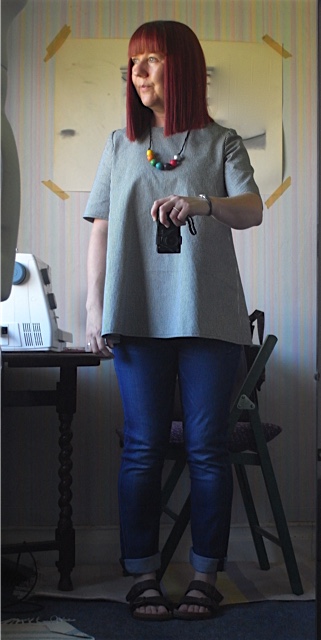