Emanuel Ungaro, if you will…

This is my most expensive fabric so far. Or it would have been if it hadn’t been in a sale. I bought this beautiful fabric online from joelandsonfabrics.com, in their winter sale. It was a bit of an impulse purchase, was either going to be a new bag or fabric, and as I apparently have enough bags (at least according to the Husband) I went for fabric. Cheaper than the bag would have been too. Anyway like I said bit of an impulse purchase and wasn’t too sure why I bought it when I was thinking about it later. Totally not my sort of thing really, floral and a sort of greenish/yellow colour! Sounds disgusting.

As it was the last remnant of a roll it was a fixed amount, luckily that was two metres. And I think about 140cm wide, so I knew I would have enough for a top or dress. Oh and its Emanuel Ungaro! 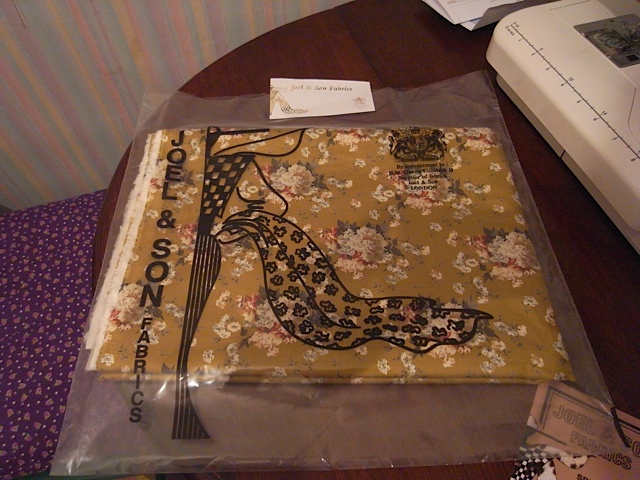 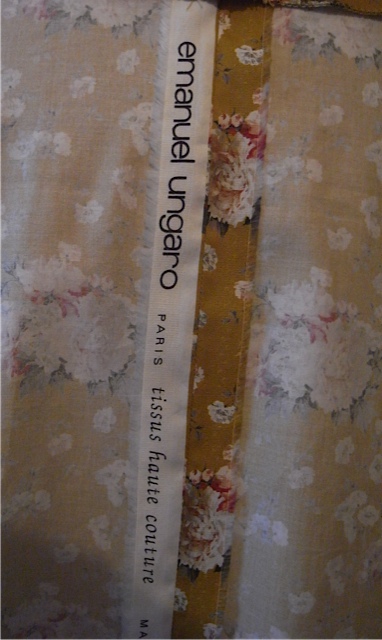 Just look at that selvedge. Had to keep it as part of the dress. 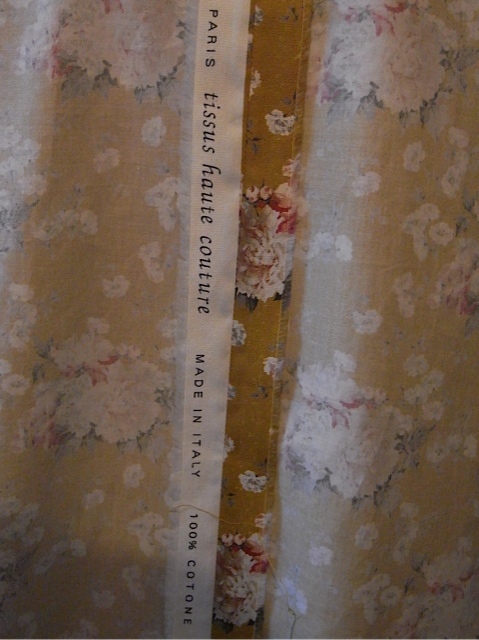 When it arrived I was at first a little non-plussed. I had decided I wanted to make a dress with it but then thought it might be a little too thin to work as a dress. I didn’t rush into making anything with it. I did however bung it in the wash so when I was ready I could get on with it. 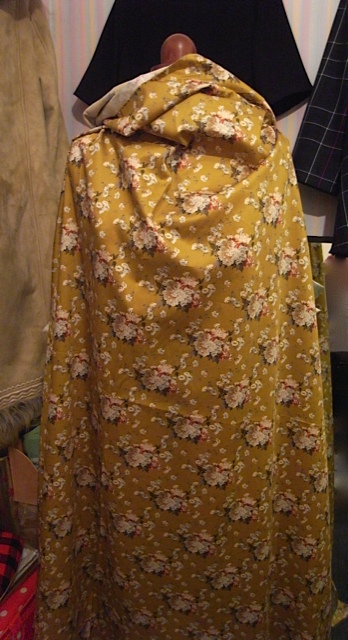 The colour in real life looks a little more gold and it’s got an almost metallic sheen to it, I can’t really describe it. The flowers are quite simply beautiful and appear almost photographic, the detail is quite stunning. I’m no expert but think they might be Camellias.

I decided to go for it and make it into another Trapeze dress (I know I know, I said I wasn’t going to keep making the same pattern but I can’t help it, I love the Trapeze and also I didn’t want to risk using a new pattern and possibly ruin the fabric, so there!). I have a wedding reception to go to soon and thought this would make a lovely dress to wear for that.

I nearly had a panic attack when it looked like I might not be able to squeeze the a Trapeze out of the two metres of fabric, don’t think it was quite as wide as I thought it was. However the Husband came in to find me looking quite distraught and came to my rescue and rearranged a couple of the pieces. I would have probably got there in end but you know he saved me from at least an hours worth of anxiety. Sometimes it does help to have another persons perspective. 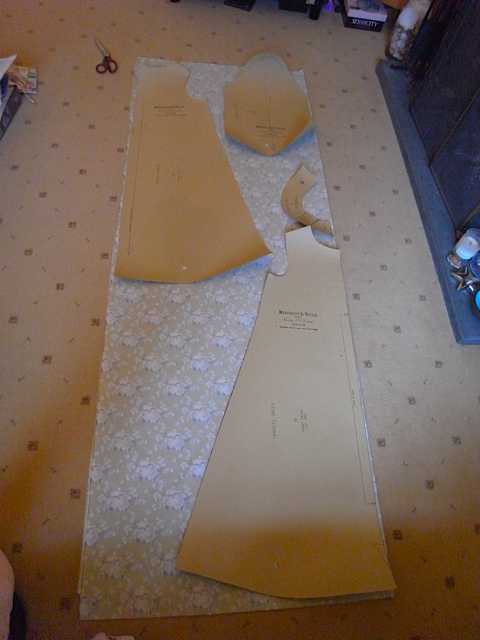 It is a bit of a tight squeeze, but did fit.

I have to say this fabric was dream to work with. It behaved itself so well. And was quite simply delightful to handle. and because of that I nearly had it finished in a day, and I would have done if I hadn’t had to eat, although I suddenly became aware that the fabric was quite expensive and I was getting tired and setting in the sleeves is often where I unpick, and I really didn’t want to unpick. So I knew it was best to stop.

I picked it up again the next day, and as always took me bit longer than I anticipated mainly due to trying to work out how long I wanted the sleeves and the length of the dress. Once I had that sorted it was plain sailing. 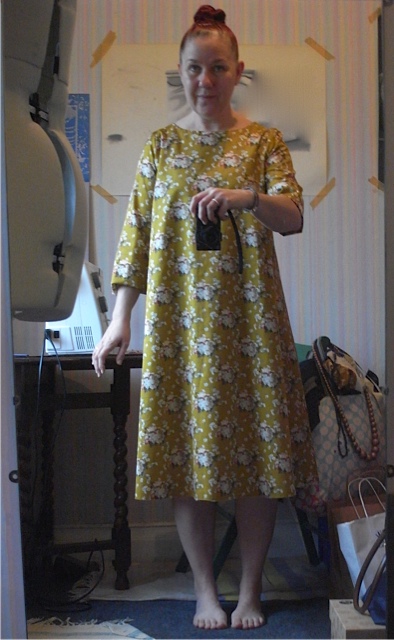 The above picture shows sleeve and dress length as yet undecided. I’m always a bit nervous of shortening, as once its gone its gone. I often end up erring on the side of caution and shortening things twice. However I am learning what length suits me best. 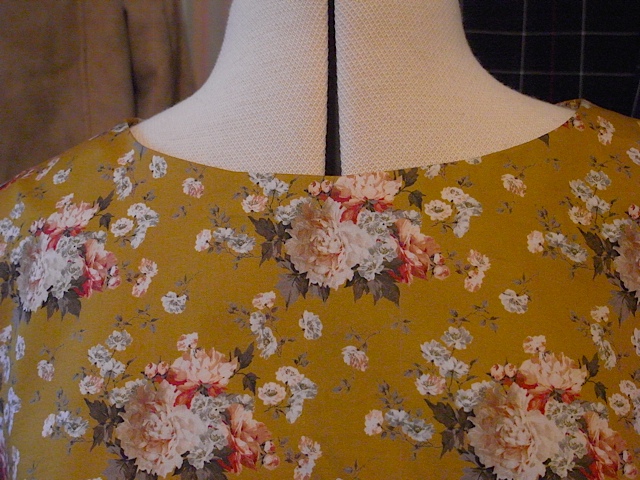 Here’s a close up of the gorgeous flower detail. 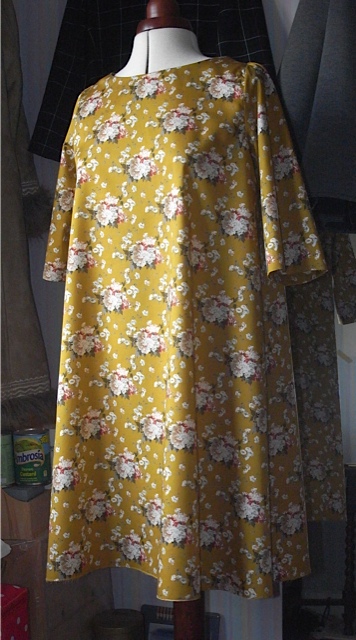 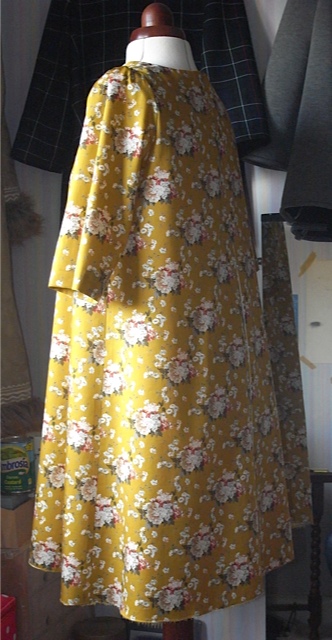 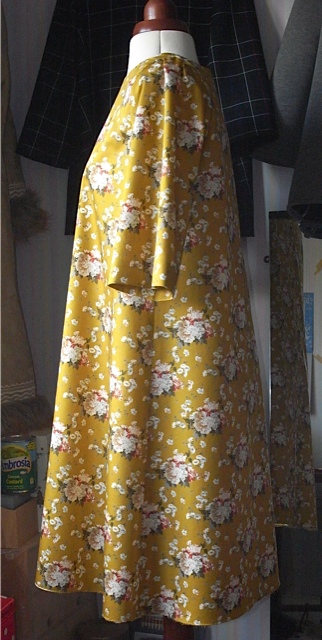 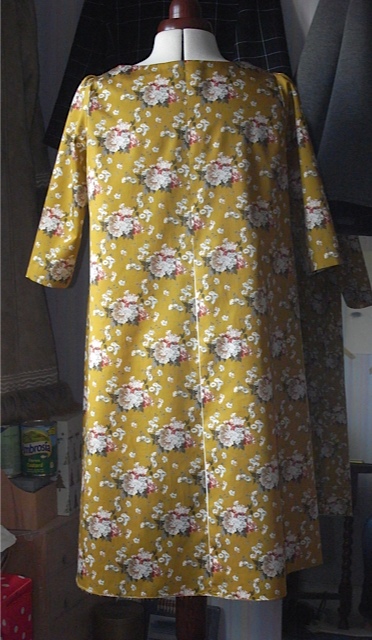 In the above picture you can just about see a white line running down the back centre seam. This was due entirely to me wanting to keep the lovely selvedge that said Emanuel Ungaro and have the words Haute Coutoure in something I’m wearing. The pattern has a 1.5 seam allowance and the selvedge was about 2cm wide, tired to accommodate that but as it was a tight fit getting all the pattern pieces to fit anyway well it didn’t work too well. I can live with it, I have too. 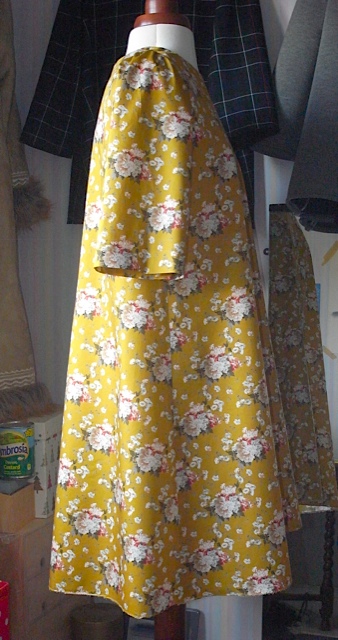 The above picture is a fairly good representation of the colour. 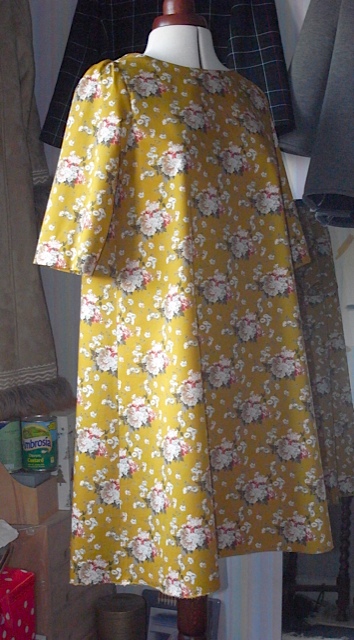 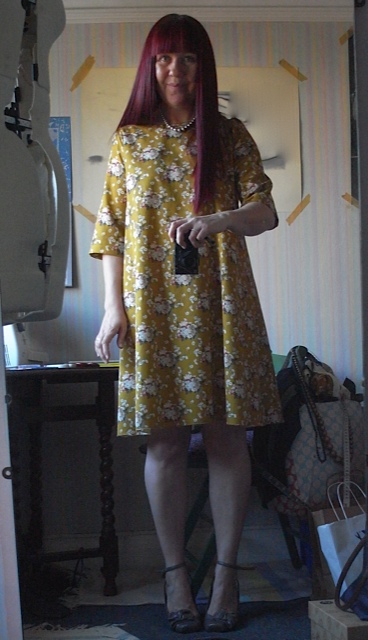 I have to say that another reason that I love the Trapeze pattern is, that its a nice loose shape and means I can eat and drink what I want without worrying about the bloat.

Very happy with the finished garment I have to say. Feels absolutely gorgeous to wear. Feels a little bit special :0)

I would totally recommend checking out joelandsonfabrics.com, they have some really beautiful fabrics. They even have Chanel Boucle if you fancy making yourself a Chanel jacket, but be warned the cheapest is £1,490 a metre! How terrified would you be to cut into that? Its fun to look around though at all the gorgeous stuff they have and dream. 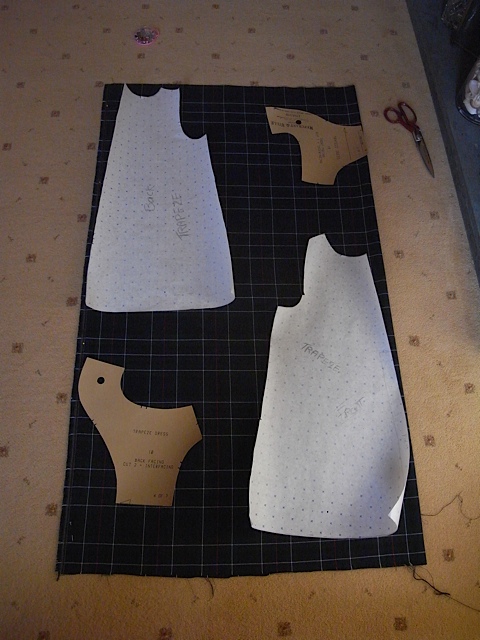 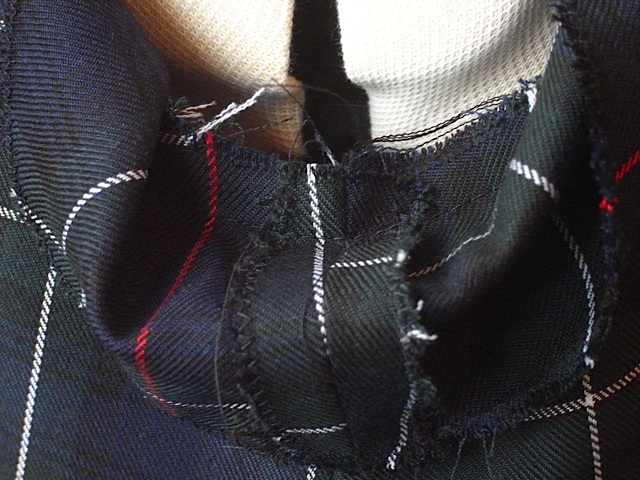 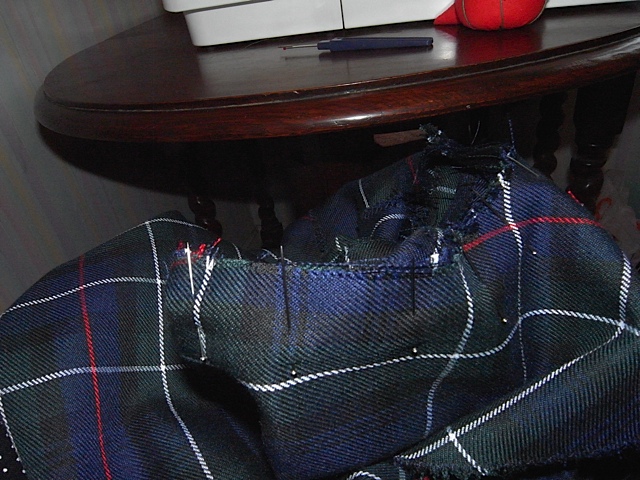 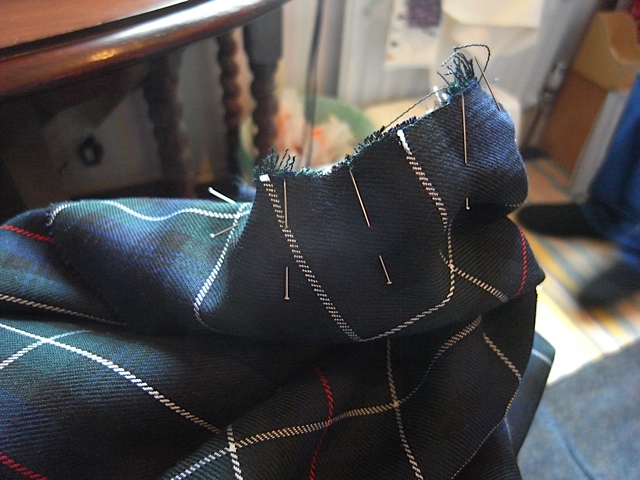 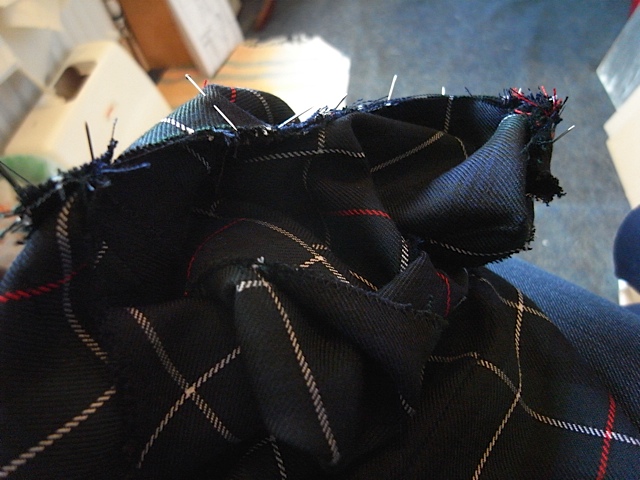 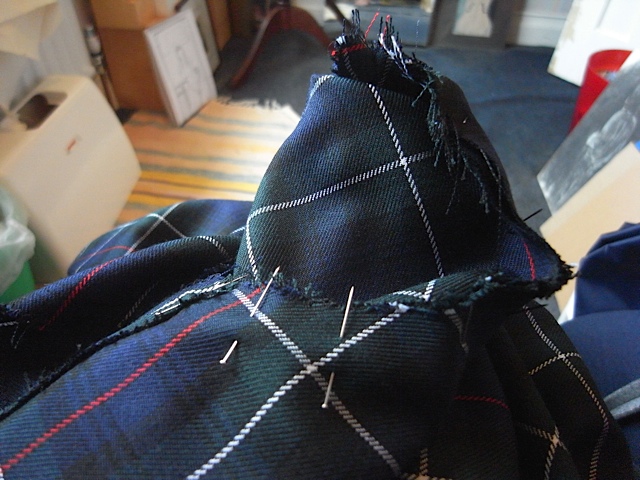 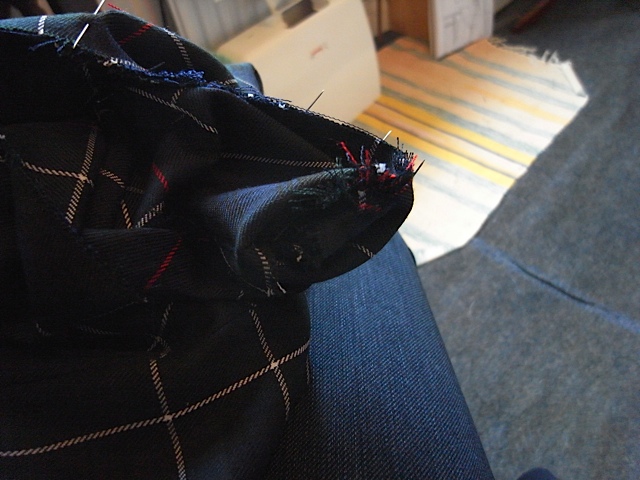 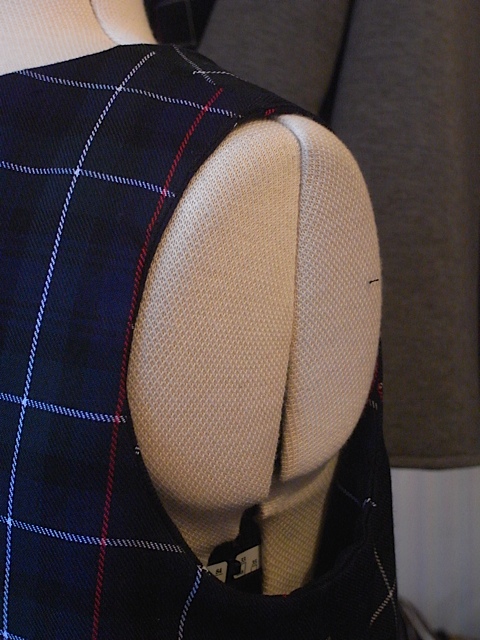 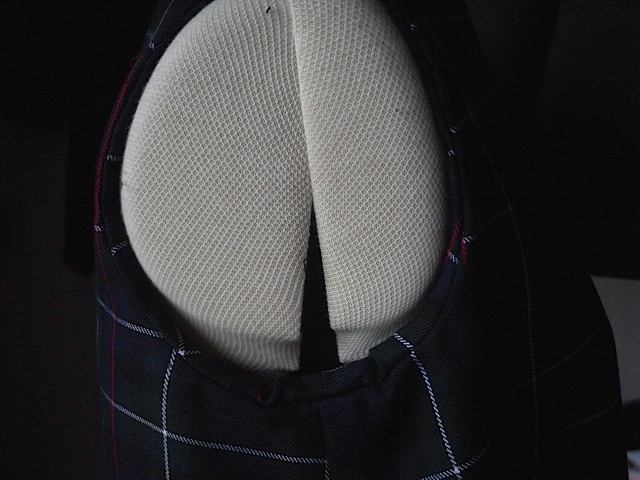 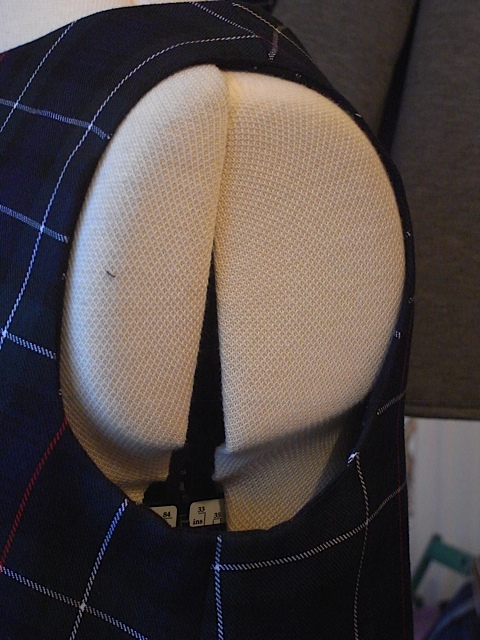 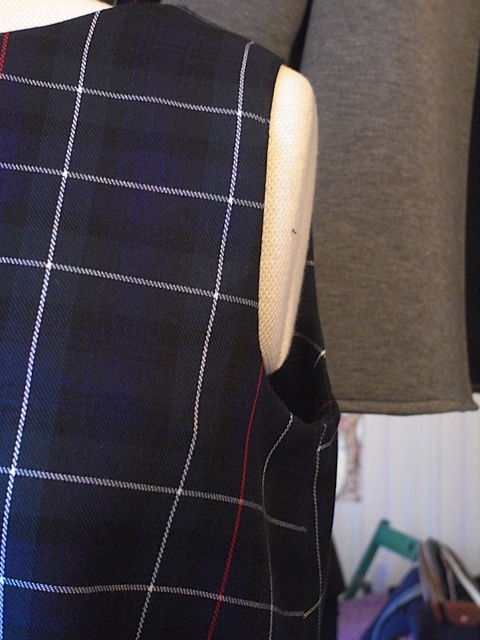 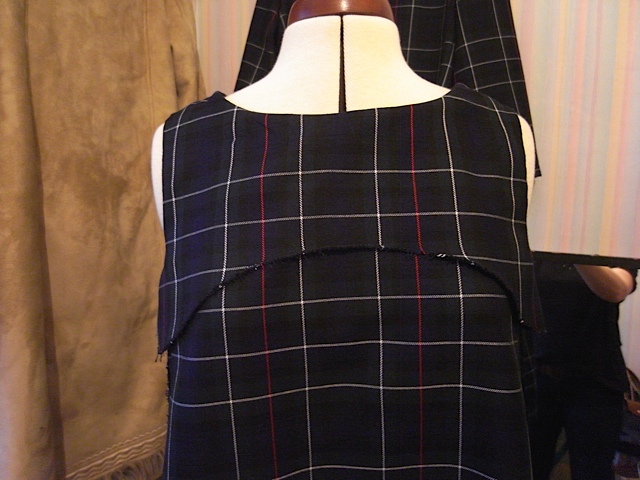 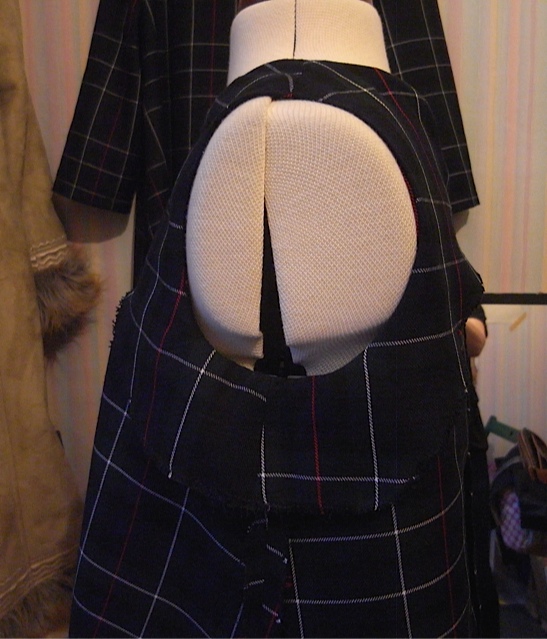 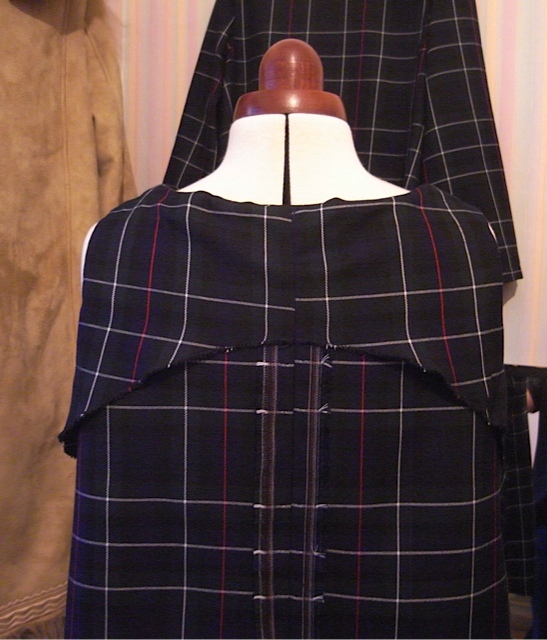 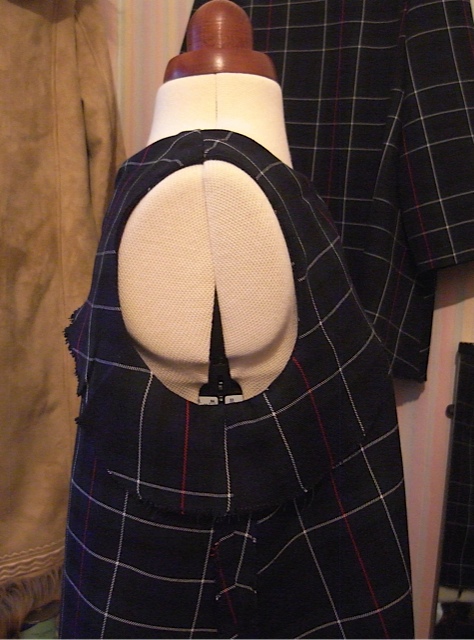