I got some money for my Birthday which was the end of February, and I went to lunch with my friend Nona, to Rye. Whilst there I decided I needed to pop into M&M, as I wanted to check out their scissors or Tailors shears if you will. Now I wouldn’t normally spend over £50 on scissors but sometimes you just have to go for it. And when you have some birthday cash there really is no excuse. Also Nona was very helpful in talking me into the more expensive pair rather than the smaller less expensive pair. I was able to try them out before buying, as they gave me a piece of scrap fabric to cut up. I found them rather heavy and was unsure if I needed something so apparently tough and robust, I mean its only fabric! The scissors that I had been using appeared to have a nick in one of the blades, which meant I couldn’t take long cuts in the fabrics, which was quite frustrating ( these weren’t a cheap cheap pair, but certainly not expensive either) I thought they should’ve been a bit better than they were.  So back to the heavy, expensive, but rather lovely pair. I was still undecided, but between Nona and the very lovely shop staff, I was persuaded. I parted with my Birthday money, but felt quite happy. 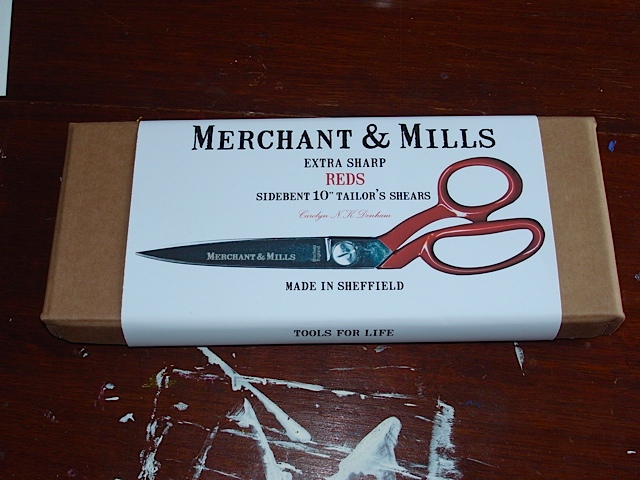 I also bought some gorgeous jersey fabric, in grey, navy and khaki green. I’ve been after some jersey fabric for a while now and this stuff felt simply divine. So soft . I bought a new tape measure too, as my previous one came out of a cracker. Not to say it was rubbish, it had held up well, but some of the numbers were coming off, and I fancied a new one. 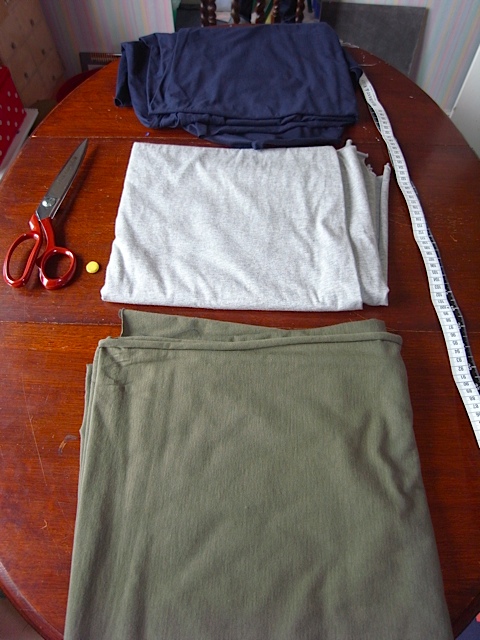 I have to say that the scissors are amazing, I love them. The first time I used them they did make my hand ache and my thumb got sore (I was cutting the fabric for the FLIPPING HUGE baby bag though, so I did an awful lot of cutting). They really are heavy, but I’m used to them now and don’t find them too heavy anymore. They feel sturdy and you can feel the quality. I occasionally pick up my old scissors by mistake (which I’ve kept for cutting threads and suchlike) and when I’m not expecting to pick them up, but am expecting my Merchant & Mills ones, the old pair feel so cheap and light. All in all I’m very happy I took the plunge.