I suppose its not so much a sewing fail but a style fail.  I hate it, I really do!

I wanted to have a go at something different. So I bought the  Merchant & Mills Top 64, pattern. I also bought some top quality cotton canvas in blue for it. However I decided to make it up first in a dress weight denim also from M&M. And boy am I glad I did.

It wasn’t a complete fail I suppose, I enjoyed the making of it, and I learned some new things about construction. And this was completely different to my usual tops. 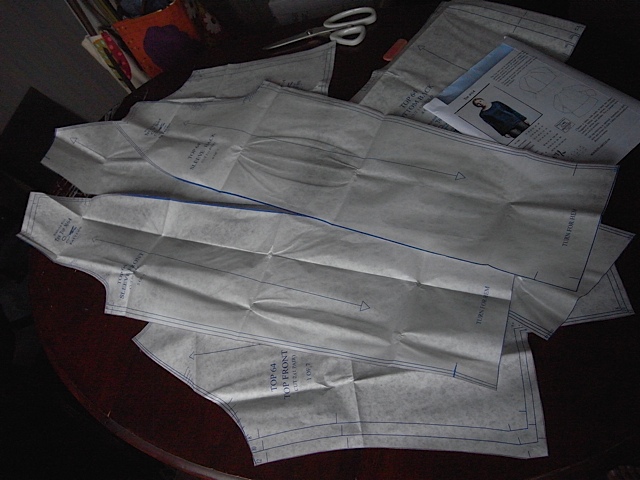 The pattern pieces all cut out and ready to go.

I cut out the size 12 after trying on the size 10 at M&M in rye and very nearly got stuck  in it. The size 10 in their shop is made up in a waxed cotton canvas and has no give whatsoever! I knew I shouldn’t have put it on but I really wanted to know how the 10 would look. After nearly dislocating my shoulders to get out of it, I talked to Michelle who works for M&M and she advised me to make it up in a size 12, even though I’m usually a size 10 in their patterns. As she said that is what she does and she’s usually a size 10 too. So thats what I did. 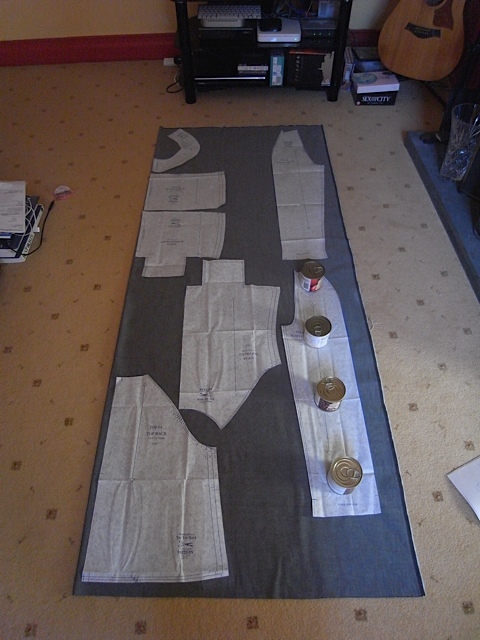 Pattern pieces laid out on fabric. And I now mostly use tins when I cut out.

Like I said I enjoyed the actual making process but I hate the finished product. 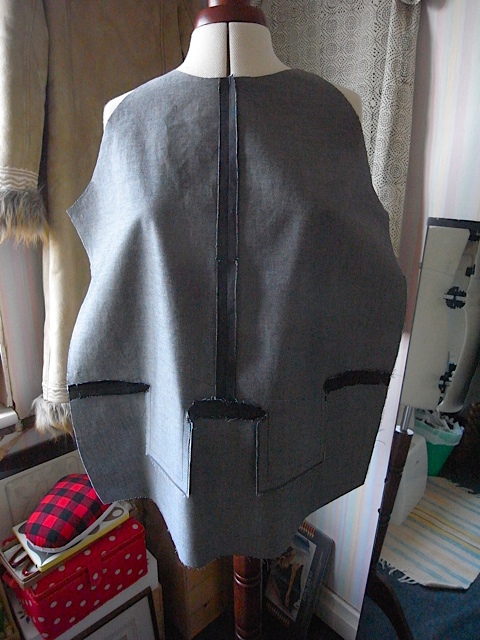 Inside of the front.

I decided against top stitching the seams, and I’m glad I did. Would have been a monumental waste of time and cotton. 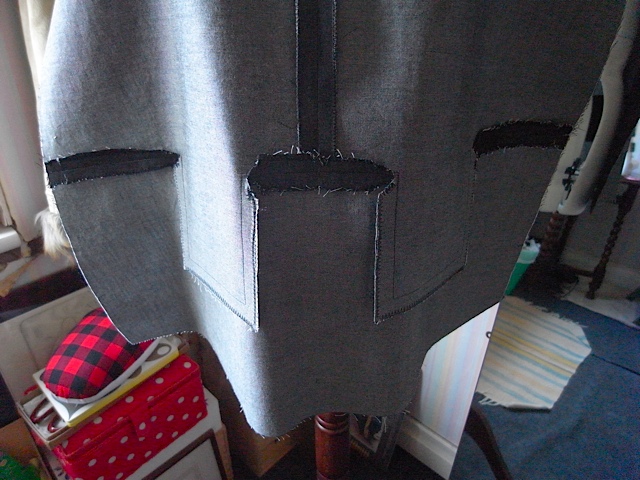 Close up. Quite impressed with the straightness of my sewing. 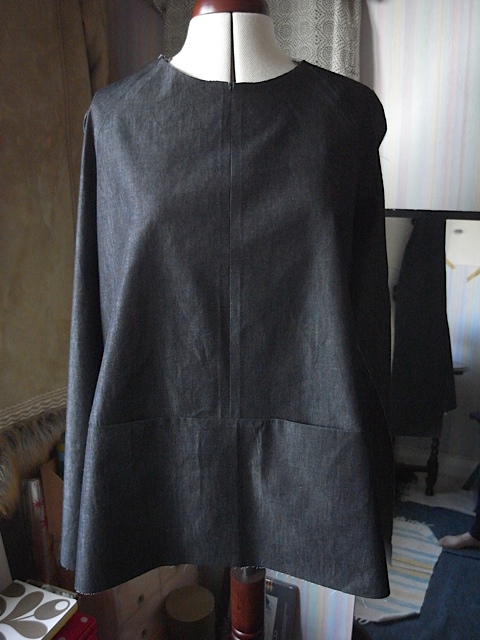 This is what the front looks like before I attached it to the back. 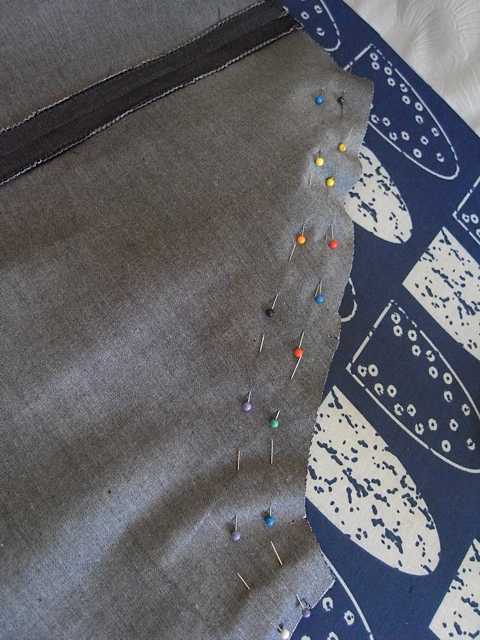 Pins for the raglan sleeves. 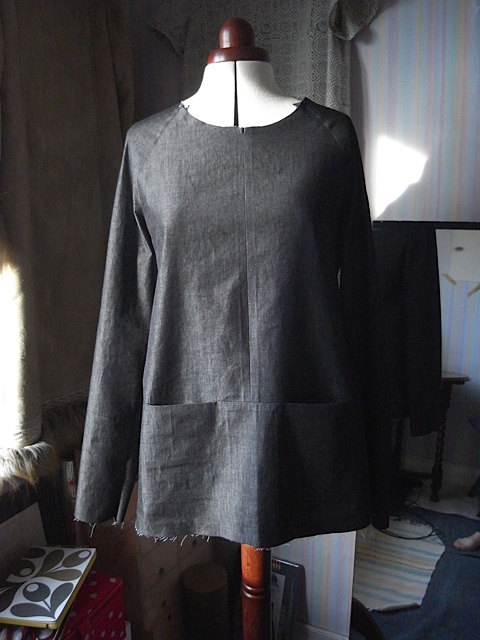 front and back joined together. 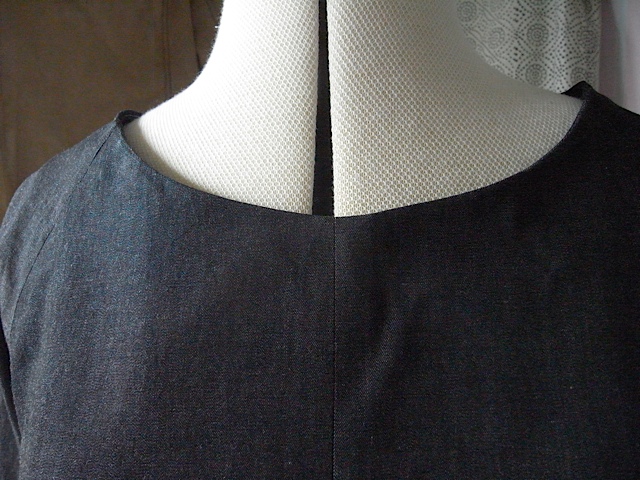 Not used to doing the neckline facing after putting garment together. But it works really well and looks super neat. 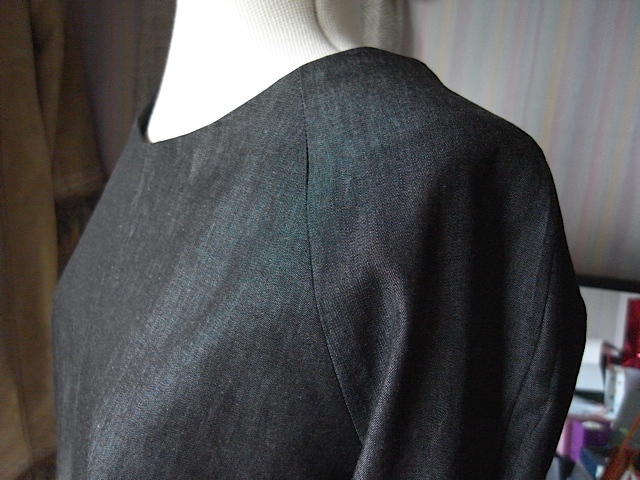 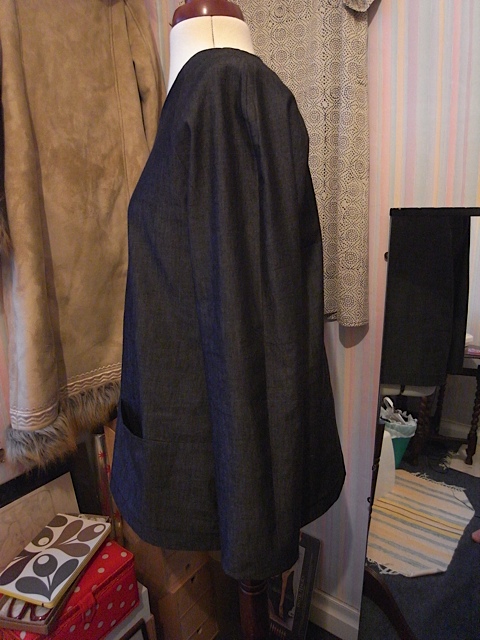 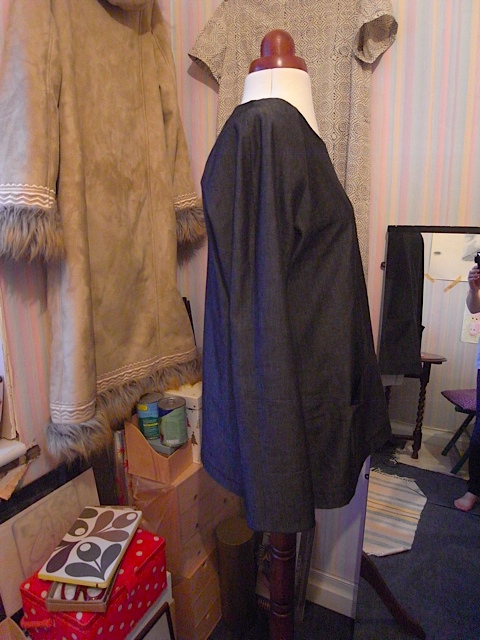 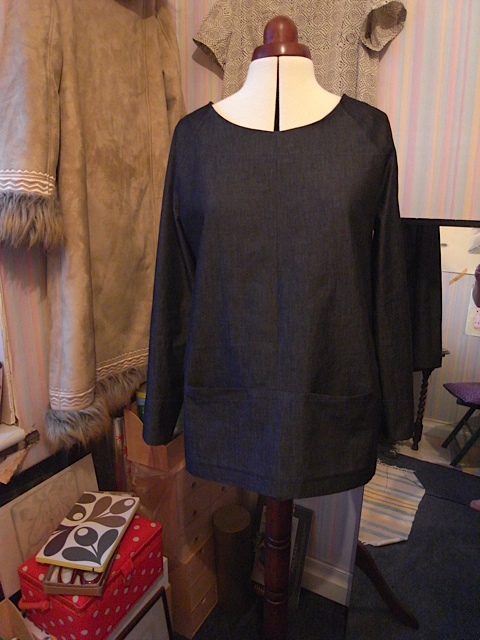 Hangs much better on the dummy than me. I’m pleased with the quality of my sewing on this but it just looks awful on me. Hangs funny, the centre front sticks out and just looks wrong. Don’t know why? Could be that the fabric isn’t sturdy enough, I just don’t know. 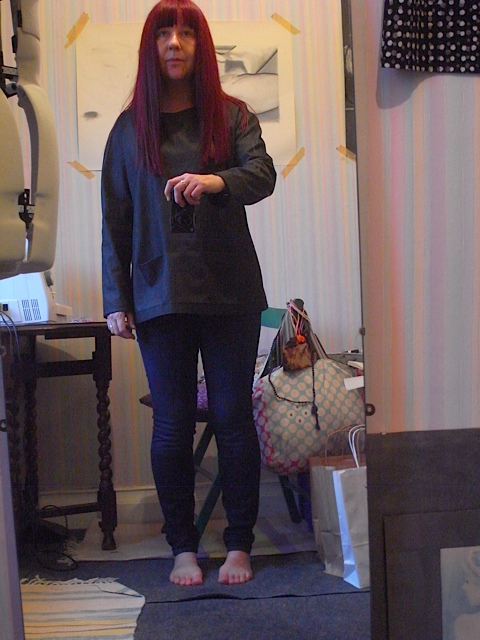 Can you tell I’m not happy? Please excuse the nude in the background, its not as rude as it looks. Its from my life drawing days.

I’ve put it down to experience, and like I said I’ve learnt new things. Who knows I might try it on again in a few months and decide I do like it. Never say never…